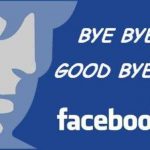 Several proposals for charging developers for access to Facebook’s platform and data were put forward in a presentation to the company’s board of directors, according to emails and draft slides from late August 2012.

Among the suggestions: a fixed annual fee for developers for reviewing their apps; an access fee for apps that requested user data; and a charge for “premium” access to data, such as a user trust score or a ranking of the strongest relationships between users and their friends.

“Today the fundamental trade is ‘data for distribution’ whereas we want to change it to either ‘data for $’ and/or ‘$ for distribution,’” Chris Daniels, a Facebook business development director, wrote in an August 2012 email to other top leaders in the company discussing the upcoming presentation.