Skip to content
I meet all kinds of people as an LMT. I recently had a client tell me after I dug a little deeper, she told me that she works as an RFT consultant among other things. So, I just had to look this up.
What is relational framework theory? 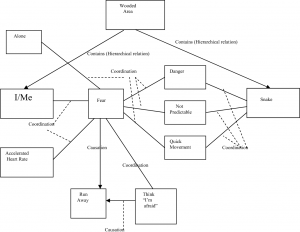 Relational frame theory argues that while there are an arbitrary number of types of relations and number of dimensions along which stimuli can be related, the core unit of relating is an essential building block for much of what is commonly referred to as human language or higher cognition.

Relational frame theory (RFT) is a psychological theory of human language, cognition, and behavior. It was developed originally by Steven C. Hayes of the University of Nevada, Reno[1] and has been extended in research, notably by Dermot Barnes-Holmes and colleagues of Ghent University.[2]

Relational frame theory argues that the building block of human language and higher cognition is relating, i.e. the human ability to create bidirectional links between things. It can be contrasted with associative learning, which discusses how animals form links between stimuli in the form of the strength of associations in memory. However, relational frame theory argues that natural human language typically specifies not just the strength of a link between stimuli but also the type of relationship as well as the dimension along which they are to be related. For example, a tennis ball could be associated with orange, by virtue of having the same shape, but it is different because it is not edible, and is perhaps a different color. In the preceding sentence, ‘same’, ‘different’ and ‘not’ are cues in the environment that specify the type of relation between the stimuli, and ‘shape’, ‘color’ and ‘edible’ specify the dimension along which each relation is to be made. Relational frame theory argues that while there are an arbitrary number of types of relations and number of dimensions along which stimuli can be related, the core unit of relating is an essential building block for much of what is commonly referred to as human language or higher cognition.

Several hundred studies have explored many testable aspects and implications of the theory[3] such as the emergence of specific frames in childhood,[4] how individual frames can be combined to create verbally complex phenomena such as metaphors and analogies,[5] and how the rigidity or automaticity of relating within certain domains is related to psychopathology.[6] In attempting to describe a fundamental building block of human language and higher cognition, RFT explicitly states that its goal is to provide a general theory of psychology that can provide a bedrock for multiple domains and levels of analysis.

Relational frame theory focuses on how humans learn the language (i.e., communication) through interactions with the environment and is based on a philosophical approach referred to as functional contextualism.[7]

What is RFT in behavior analysis?
Relational frame theory is a modern behavior analytic approach to language which aims to better understand the link between human language and behavior. … In contrast to the outdated Skinnerian approach which came before it, RFT is a modern, behavior analytic approach to human language.
What is an example of RFT?
For example, if you always said the word “dinner” to a child before, during, or after their evening meal, he would connect the word “dinner” with eating his meal. If you then told the child that “supper” was another word for “dinner,” he would be able to easily connect the new word to the event of eating dinner.
Is RFT evidence-based?
The present study found that RFT has developed an evidence base of 62 empirical studies based on its key tenets and that the growth seen in nonempirical citations is partially explained by the increase in the number of Nonempirical Reviews following the publication of Hayes, Barnes-Holmes, and Roche (2001) (a trend …
What is the ACT technique?
Acceptance and commitment therapy (ACT)is a type of psychotherapy that emphasizes acceptance as a way to deal with negative thoughts, feelings, symptoms, or circumstances. It also encourages increased commitment to healthy, constructive activities that uphold your values or goals.
How is stimulus equivalence different from RFT?
1) Stimulus equivalence is an empirical phenomenon; RFT is a behavioral theory about how that phenomenon (and other phenomena) comes about. In other words, RFT provides an operant analysis of how/why people are able to form equivalence classes.
What does RFT Add to Sidman’s equivalence relations?
Sidman’s equivalence relations include derived relational responding, and RFT is used to explain why the derived relational responding occurs, i.e. the derived coordination relation (sameness) between an object and a word.
Although Skinner’s Verbal Behavior (1957) was published over 50 years ago, behavior-analytic research on human language and cognition has been slow to develop. In recent years, a new behavioral approach to a language known as relational frame theory (RFT) has generated considerable attention, research, and debate. The controversy surrounding RFT can be difficult to fully appreciate, partly because of the complexity of the theory itself and partly because the debate has spanned several years and several journals.
more at – https://www.ncbi.nlm.nih.gov/pmc/articles/PMC2779078/

What is Relational Frame Theory? A Psychologist Explains (+PDF)

What is Relational Frame Theory (Part One) 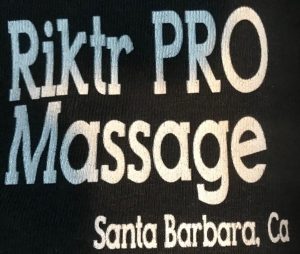