Beyond the pain and discomfort, you may also hear audible snaps as the tissue frictions over the outer edge of the thigh bone. Your IT Band is a strong, thick, fibrous band of tissue that runs down the outside of your thigh. As you can see in the illustration below it extends all the way from your hip bone to the top of your shinbone as it melds with the musculature of your hip and thigh to assist with stabilizing both areas during movement.

With repeated bending and straightening movements of the knee, the IT Band may friction and irritate surrounding tissues, causing pain. It is most common for people who often perform the repetitive motion, especially distance runners, cyclists, or new recreational athletes.

Your physical therapist will be able to identify whether your pain is a result of IT Band Syndrome or another problem based on your symptoms as well as a physical examination assessing your strength, flexibility, gait pattern, and quality of movement.

Once your concerns are identified as IT Band Syndrome, you and your physical therapist will design a customized plan of care to address your imbalances and movement dysfunction.

The IT Band runs down outside of the thigh from the hip to just below the side of the knee. The iliotibial band (ITB, IT Band) or iliotibial tract is a reinforced band of dense fibrous connective tissue/ fascia in the thigh  connecting proximally to the Tensor Fascia Lata and Gluteus Maximus muscles, and distally to the lateral condyle of the tibia ( Gerdy’s Tubercle).

IT Band Massage: CAUSES of IT Band Syndrome / IT Band Contracture

IT Band Massage: SELF CARE

If the pain from iliotibial band syndrome lasts for more than two weeks even if you are only stretching, your regular exercise routine, and ice and you don’t see much improvement, a chiropractor can help. Treating the tightness in the iliotibial band is the key to healing. 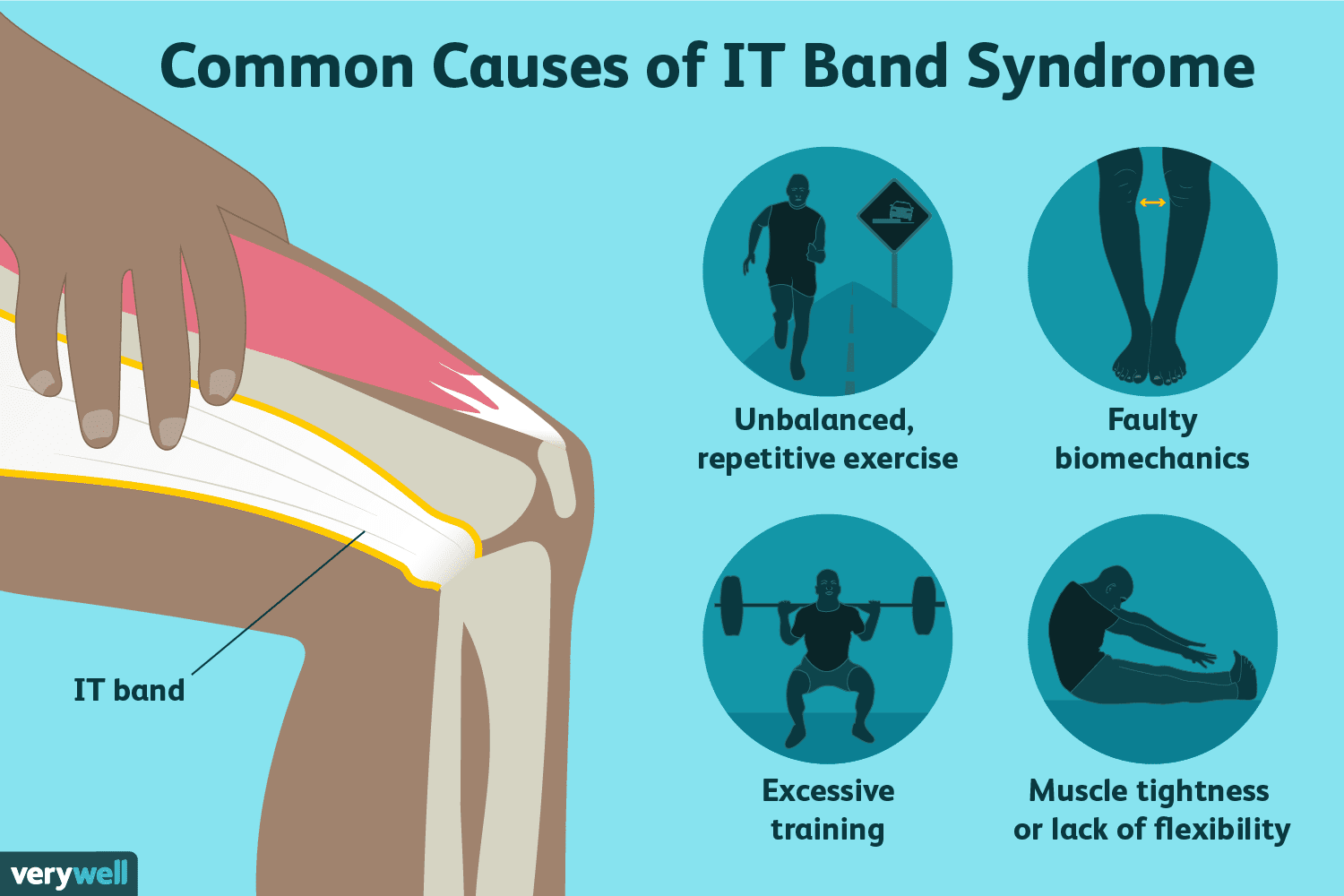 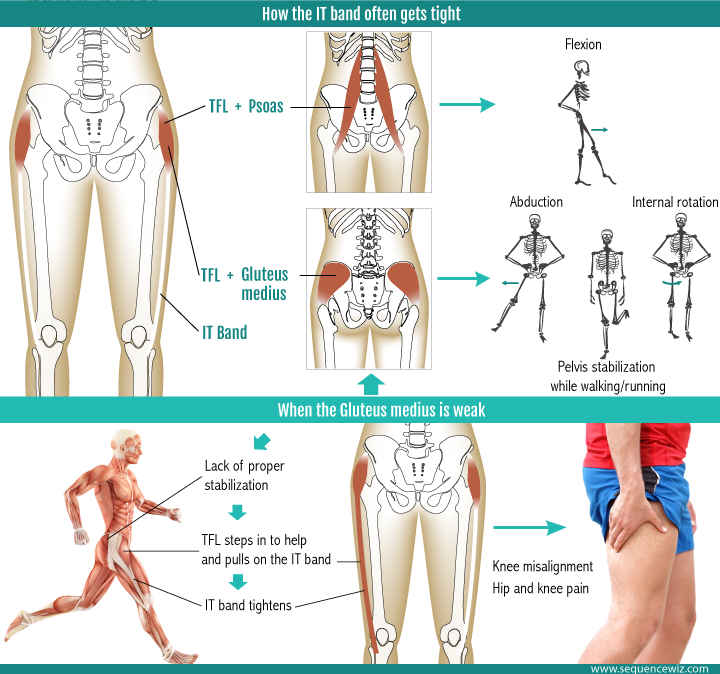 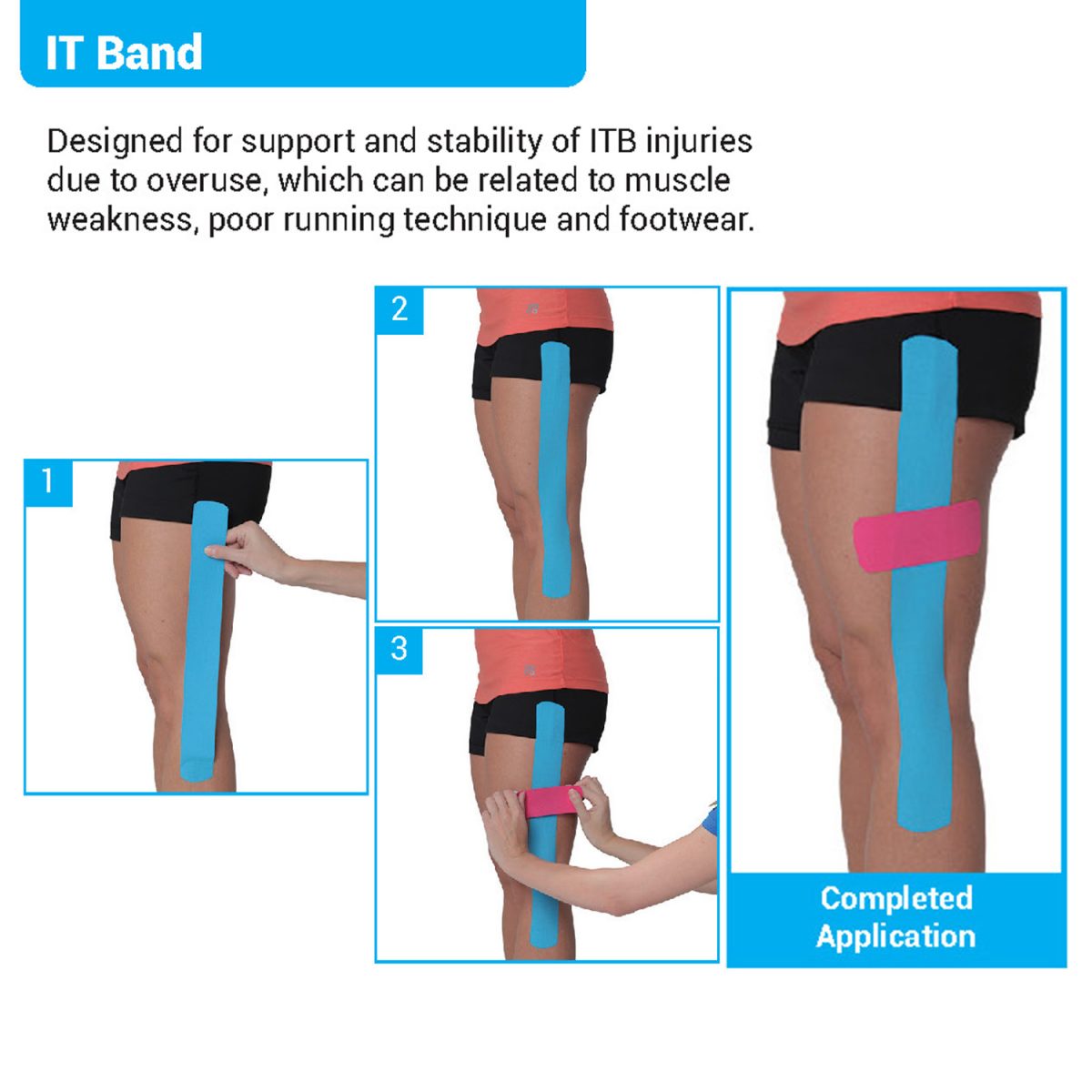 Does cycling help IT band syndrome?
“Also, it’s good to maintain good spinal mobility through an exercise class such as yoga. “Additionally, strength training off the bike that targets your glutes and the muscle chains associated with cycling will help to fortify the muscles against ITB syndrome.”
Why shouldn’t you foam roll your IT band?
This includes the tensor fasciae latae muscle, which is found on the outside of the hip. If you have a lot of tightness in or around your IT band, foam rolling may be extremely painful and can even cause more discomfort. This is especially likely if you do it incorrectly. Plus, it may not be that effective.
If you do roll how long should I foam roll my IT band?
Foam rolling the areas around the IT band helps the muscles and tendons in the thighs work like a well-oiled machine. Here are the three foam rolling exercises that Stevens recommends. You can perform them daily before or after a workout, or for general maintenance and recovery. Spend about one minute on each muscle.
4 Corrective Exercises to Strengthen, Treat IT Band Syndrome

Massage for IT Band

Can a massage help IT band syndrome?
YES, Absolutely, but usually not because the IT band itself needs to be massaged. In fact, massage on the IT band would be contraindicated during an acute episode of pain. However, massage will help release the hip muscles, thereby creating relief in the ITB itself! The bordering Hamstrings and Quads can be released as well, thereby “ungluing” the ITB from them and allowing the ITB to move freely.
How do you massage ITBS?
Start by stripping it with the heel of the hand always start near the knee and work upwards.

Given current research, treatment for ITBS should be in phases. The first phase requires a proper diagnosis and the identification of any causative factors. Once this is established, the next phase is aimed at reducing the pain. Rest may have to play a part during this phase, which also may include physical therapy modalities, ice, and stretching three times a day. Cross-training that does not aggravate the condition can be done to maintain fitness.

Deep tissue massage along the full length of the ITB can be started in this phase; Dr. Fredericson refers to this as mobilization of the tissues, and it is a necessary step before moving on to the all-important third phase of strengthening the hip and thigh muscles. Fadil recommends very frequent massage: up to every day for elites, and 2 or 3 times per week for recreational runners. If you cannot afford the expense or time of going to a certified massage therapist, a foam roller can work very well for self-massage (see www.smiweb.org obtain rollers).

There is no cookie-cutter massage routine for iliotibial band syndrome (nor hopefully, a cookie-cutter routine for any issue). Each individual is unique, and although the pain from this syndrome may be located in the same place on numerous clients, the response to it depends on the individual. Some people have high pain tolerance, some are stoic or stubborn about pain, and people with a low pain tolerance may seem more debilitated by it.

Regardless of modality, warm the area and do not work beyond the client’s comfort level. Some therapists think they need to go to the bone, regardless of the problem or how tender the client is, and that is not being client-centered in any way. The idea that light work is not as effective as using a heavy hand is false and outdated.

Do We Need To Massage The ITB?